Posted on April 9, 2013 by boggessjournal

We’ve been looking forward to Key West since we were parked on Lake Michigan north of Chicago in January, enduring single digit wind chill just after an ice storm.

Heading south, we stopped in Miami to catch up with the Urbecs, some of our very best friends from back in the Fort Bragg days. They made us feel so welcome we parked our bus in their yard and stayed for a while. The boys loved having other kids to hang out with – they had so much fun. Carson was invited along on a sleepover that included forging knives in the backyard! The adults had a pretty good time too. There was much wine and conversation and laughter. And knitting… Man, we love those guys.

We finally dragged ourselves away from Miami and headed south on US Highway 1, known as the Overseas Highway, one of the most scenic stretches of road in America. It traverses the Florida Keys for over 100 miles, ending at Mile Marker 0 in downtown Key West. The water was crystal clear, iguanas scurried across the road in front of the bus, and people along the way were often fishing from both sides of the road. Very cool.

I think when Jimmy Buffet sang about “Changes in latitude, changes in attitude,” this is exactly what he was picturing. One week stretched into two, we started to have favorite hangouts, and everyone started to relax into the island life. We soaked up the sun, snorkeled the Florida Reef (third largest in the world), SNUBA-dived just off the island (imagine a cross between snorkel and SCUBA), para-sailed, drank rum drinks, walked Duval Street, toured Hemingway’s house, kayaked through mangrove tunnels, flew in a seaplane out to the Dry Tortugas islands to snorkel the most western end of the Keys, and wrapped it all up at the end with a spectacular Key West sunset from Mallory Square.

Key West, we will definitely be back!

Carson sanding and sharpening his knife.

Carson, Logan, and Adrian with their knives.

The magic of forging!

Bridger diving on the reef. The Keys reef is the third biggest in the world.

Carson checking out a sponge on his dive.

Brian and the boys flying high.

A selfie high above Key West!

Carson holding a sea star. Several of the mangrove tunnels were carpeted with them – so beautiful!

Brian and Bridger taking a break in the mangroves.

Brian and the boys in front of the Hemingway house.

Brian bringing provisions for the boat!

After a long day on the water… Key Lime Pie at the Boathouse!

Brian and Bridger waiting for a late night Cuban sandwich. The best!

The Dry Tortugas and Fort Jefferson from the air.

Brian and the boys on top of the wall of Fort Jefferson. The fort was built after the War of 1812 to protect the southern coast of the US. During the Civil War it was used as a prison for criminals and deserters. It’s made of 16 million (!) hand-placed bricks.

Brian found a conch and we all had a look before putting it back in the water.

Brian swam into a school of fish… and found a barracuda waiting for him!

Bridger headed back to the plane.

Bridger in the cockpit on the way back to Key West.

Peace, love and sandy feet… We loved the Tortugas – next time we’ll plan to camp. That way, at the end of the day the island is ours!

Ahh… happy hour in Key West. Enjoying some sunshine and mojitos on the waterfront. 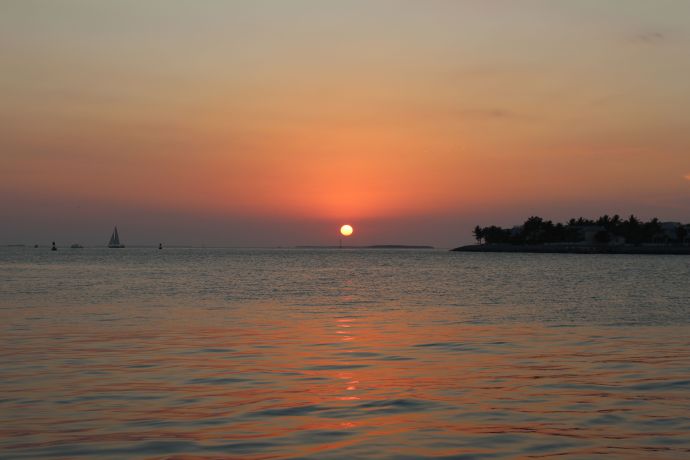